I was terribly homesick. I had just gotten back from a two-week trip visiting loved ones in America—and was going insane. School had not started yet, my Indonesian friends were too busy, and all I could think of in my loneliness was the beautiful beaches of my beloved Puerto Rico. I was crying. I was desperate. Then, I received a timely text message: “Ale, have you been to Clungup beach, Goa Cina or any other Malang beaches yet?”

I responded with my sad little rant.

Novriska brushed it off though, saying: “oke Ale, you’re staying over at my place tonight and we’re rising early to visit them tomorrow!” 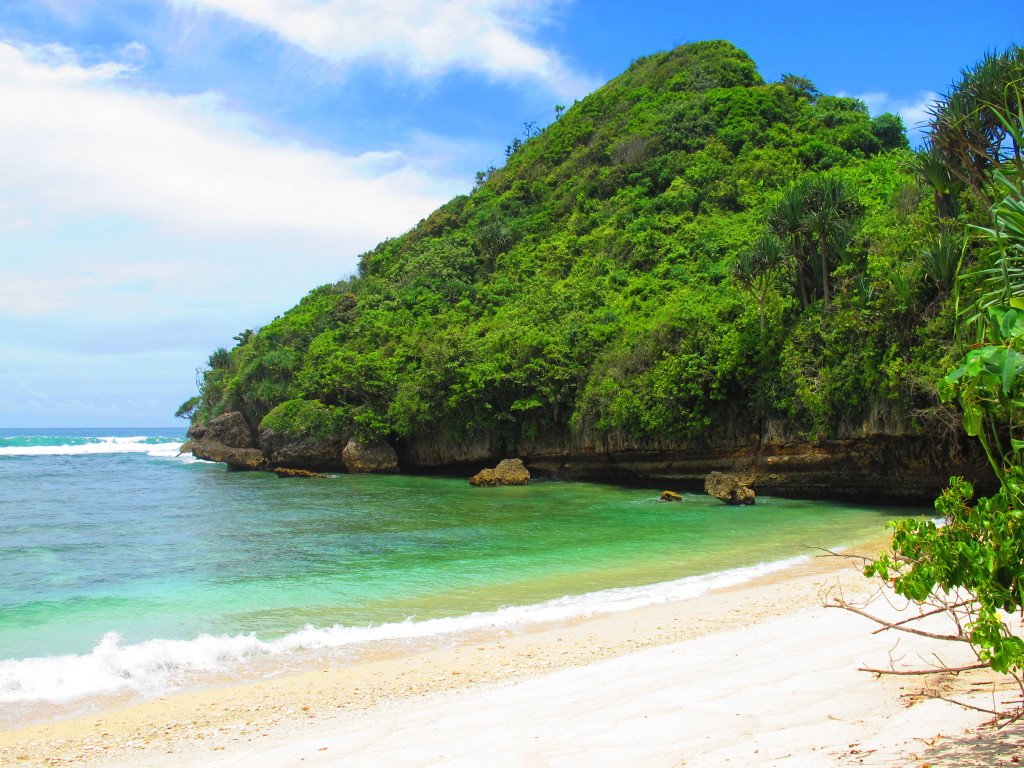 You don’t hear about the beaches of Southern Java outside of Indonesia too often—if ever, really. Romantic Westerners glorify Bali; divers rave about Sulawesi and Raja Ampat; backpackers flock to Gili Trawangan. This is exactly what makes Malang beaches, particularly Clungup, so special. 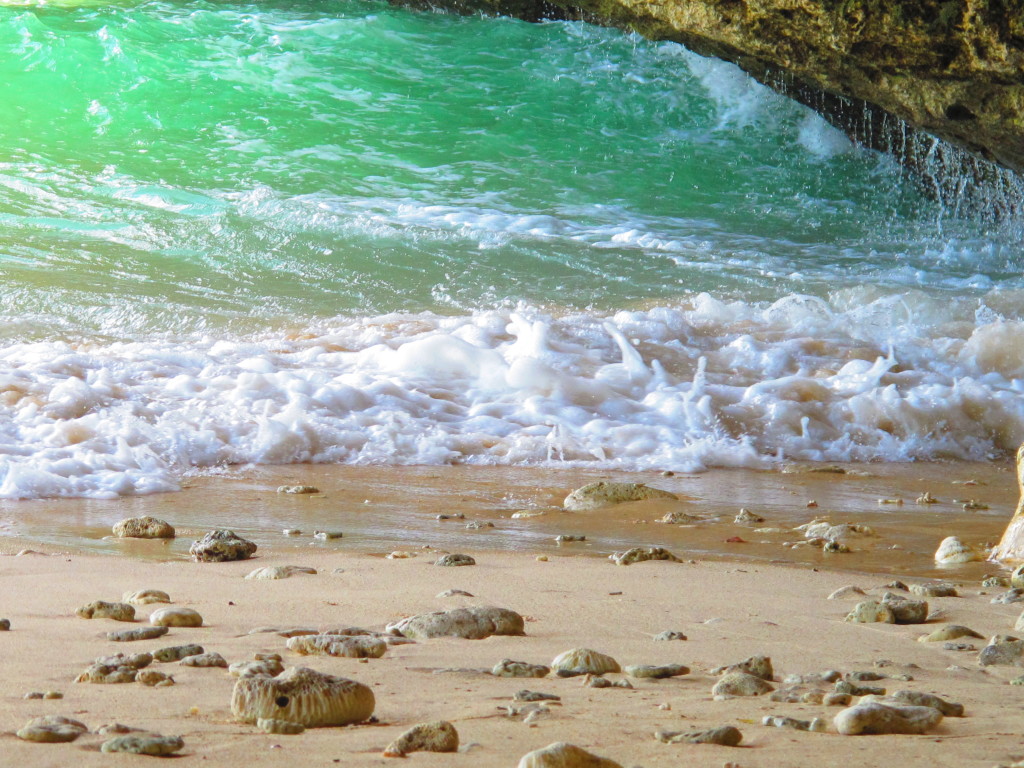 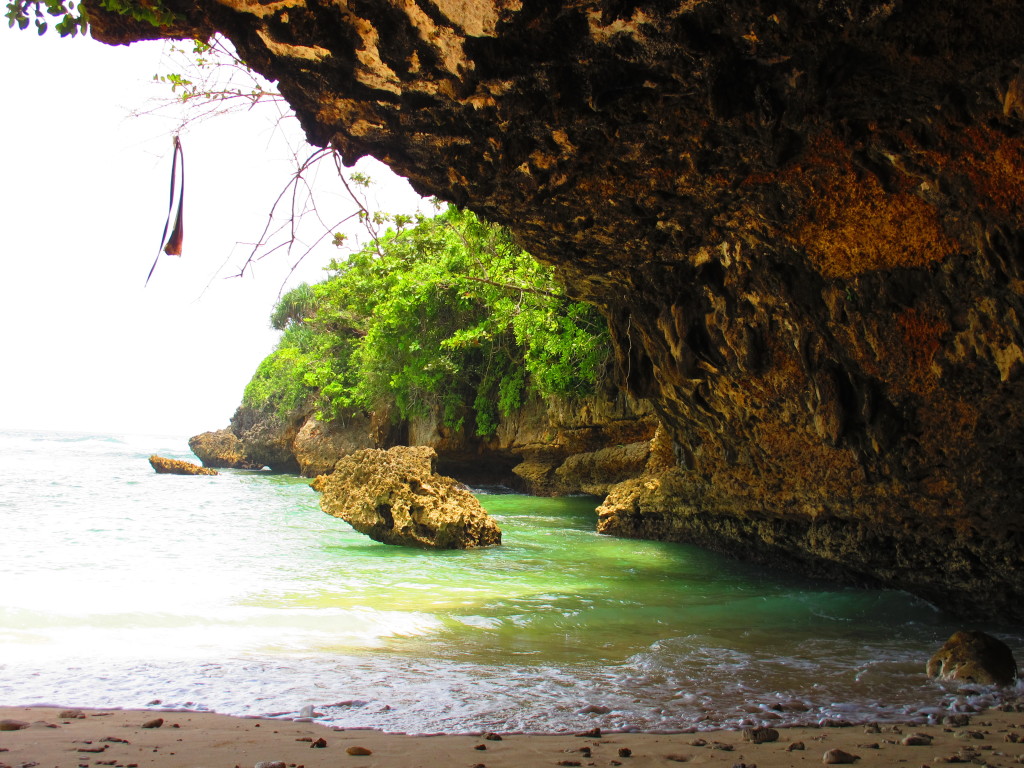 To get there, you must drive to Sitiarjo village, part of the Malang (Kebupaten) Regency, first. Once at Sitiarjo, follow the signs to Sendang Biru beach, then onto Goa Cina (photos of the latter down this post!). From here, the real adventure begins: follow the path along the coast by foot, eventually turning left into beautiful fields and even private property. 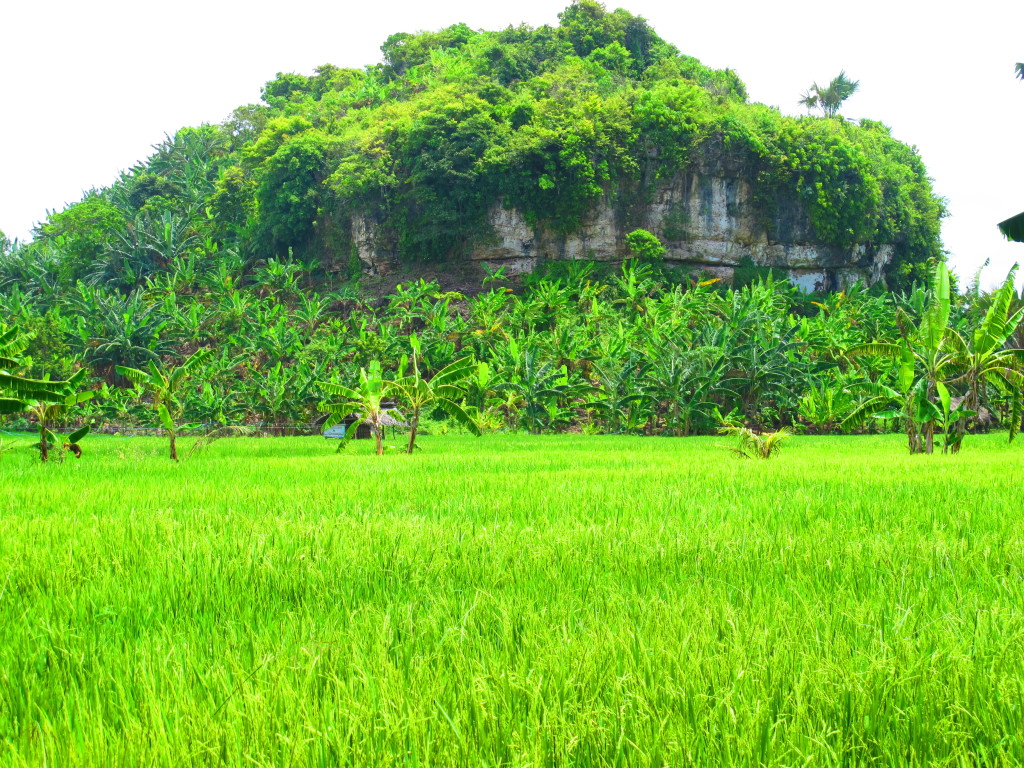 We politely asked the farmers we saw whether it would be okay for us to continue. They were kind enough to not only allow us, but lead us to the hidden paradise that is Clungup beach. 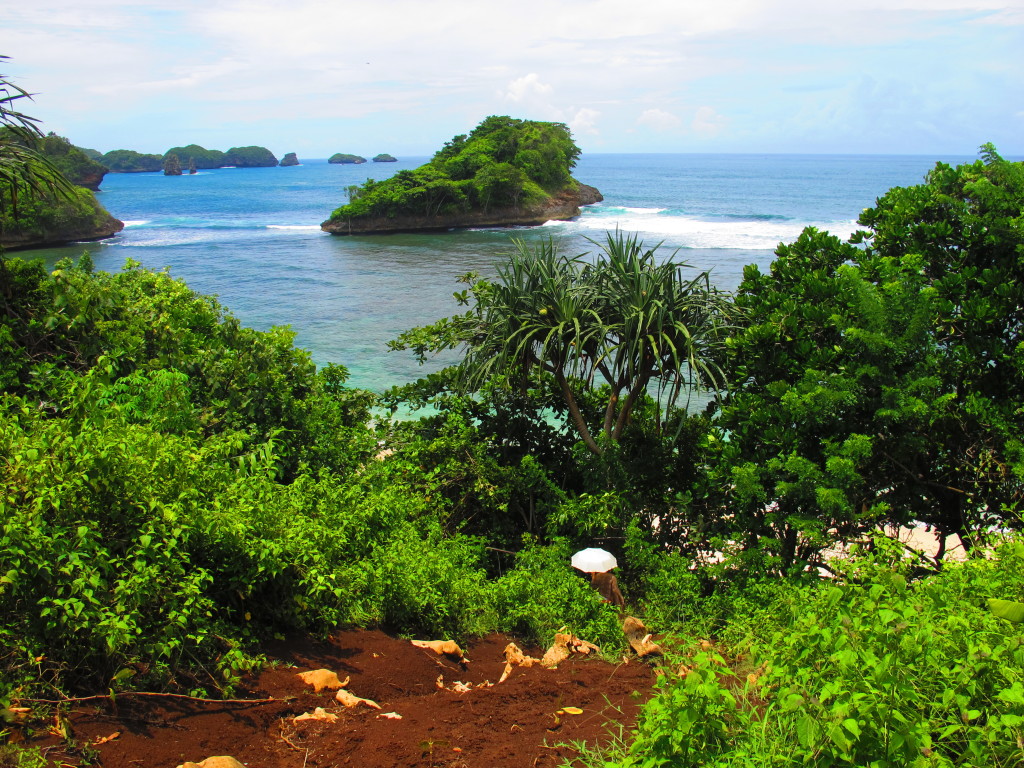 After going down the scary slope, a sense of calm over took me. We were the only souls on Clungup beach. The stark rock formations, bright turquoise waters, shady cove, and crisp salty air took me back home: 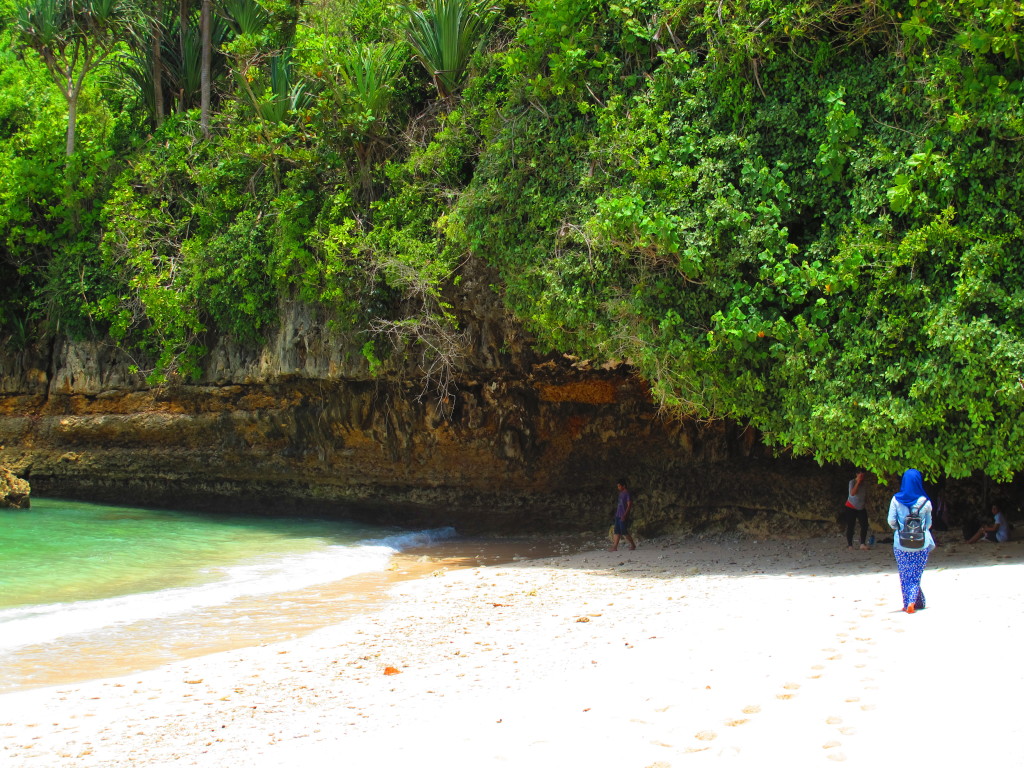 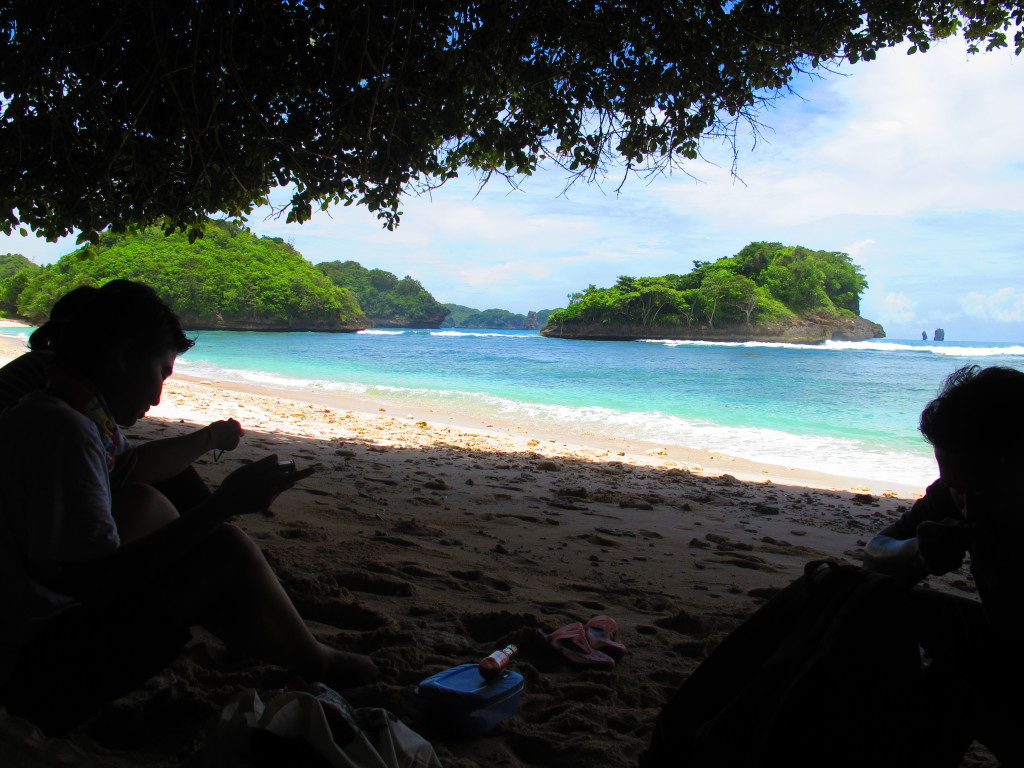 My friends immediately retreated to the cove, as I dipped my toes into the wet sand. I took a deep breath, staring into the Java Sea for several minutes. 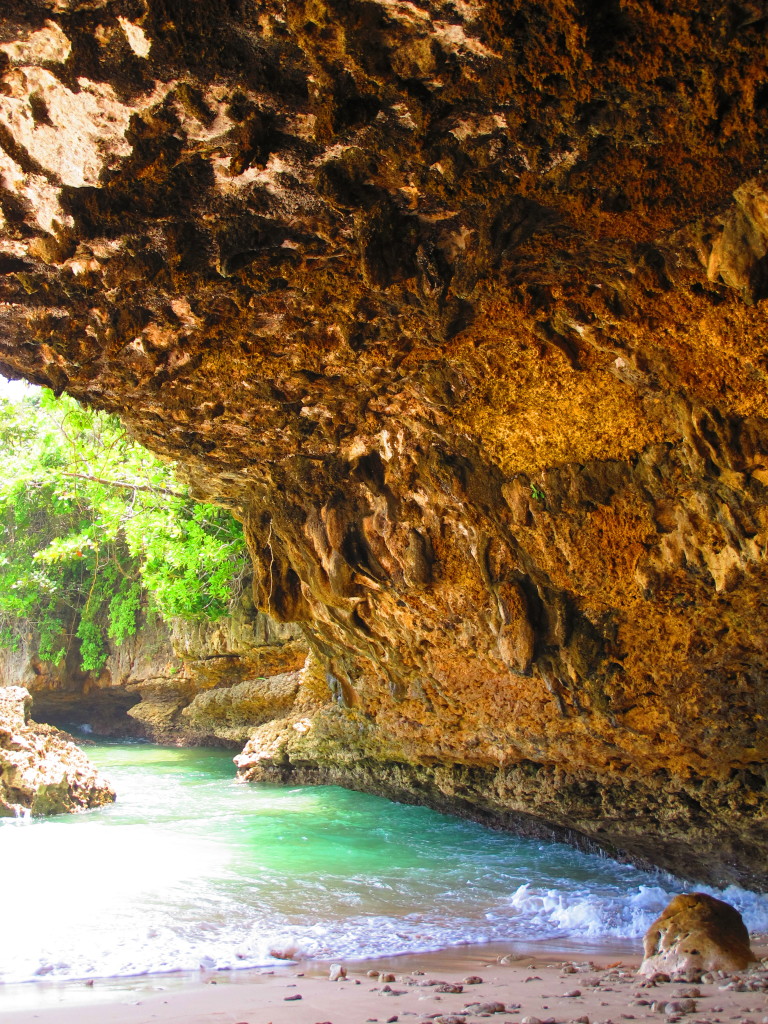 Finally, I picked up my camera and took photos—and even found a cute little crab: 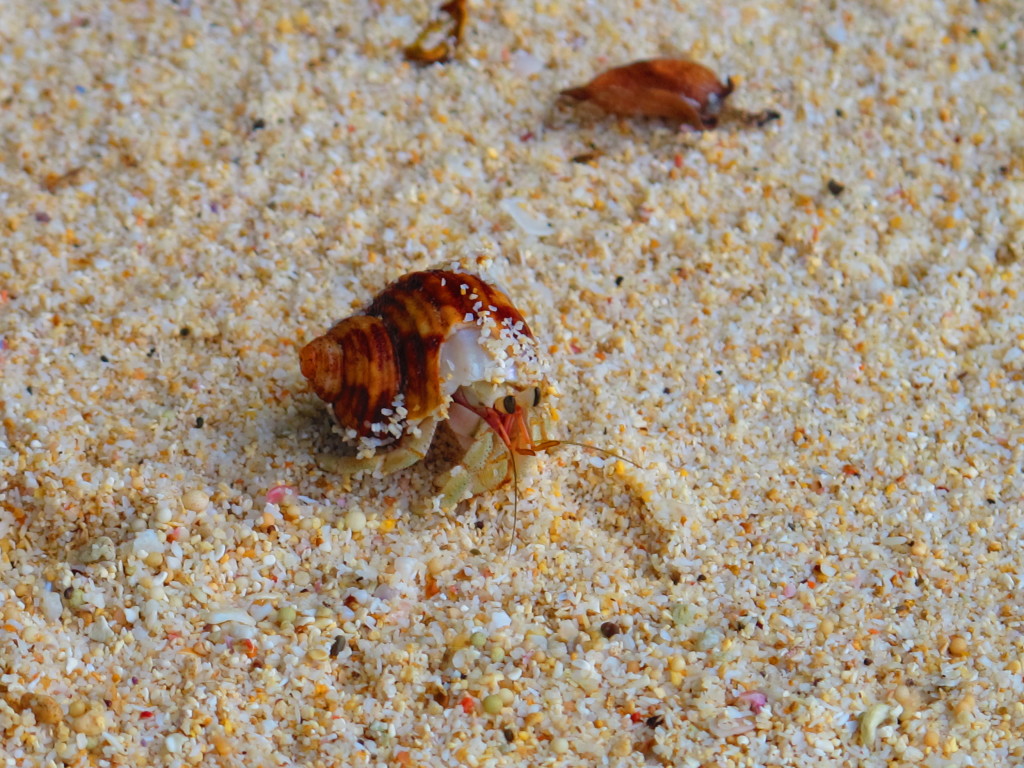 After spending a few quiet hours in Pantai Clungup, we hiked back to Goa Cina beach. Literally meaning “Chinese cave,” due to the stunning cave by its entrance, it was quite a contrast from Clungup. Already midday, the beach was busy with Indonesian visitors—Sam and I being the only foreigners, though.

Waves can be quite strong here, so we just kicked back and looked at the ocean come and go: 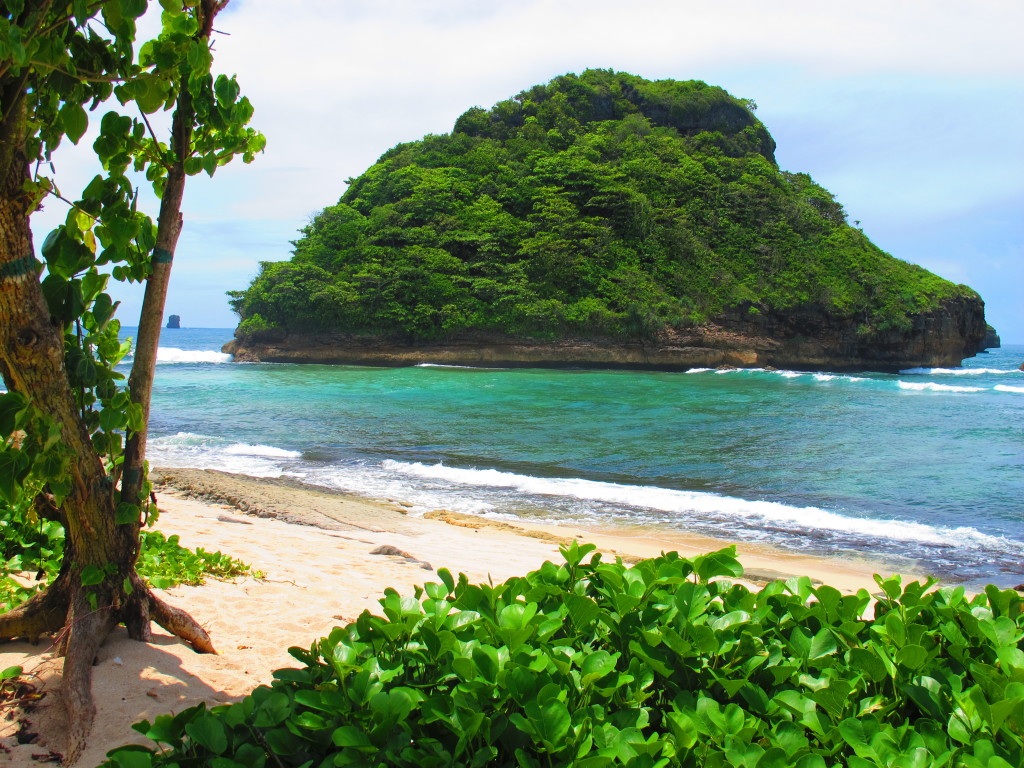 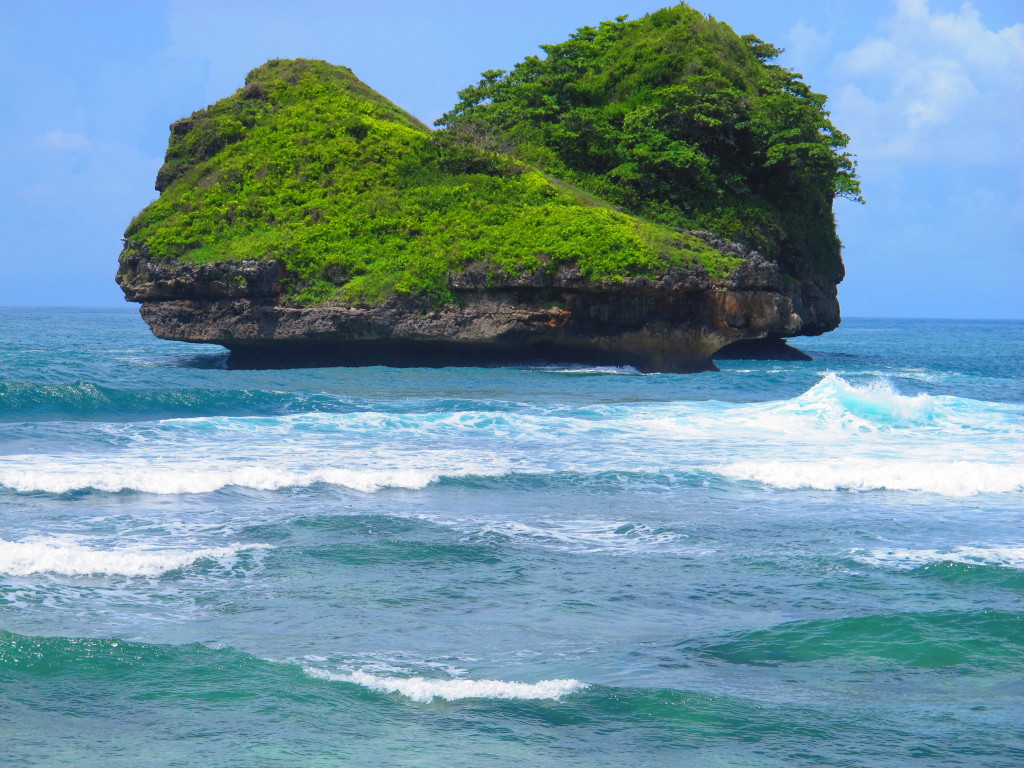 Really, we didn’t do much that day. Some of my friends were fishing, later releasing what they caught, but all I did was detox. I had too much on my mind—had kind of lost sense of why I came to Indonesia in the first place. A few relaxing hours by two of the most beautiful Malang beaches was exactly what I needed to reboot and refocus. 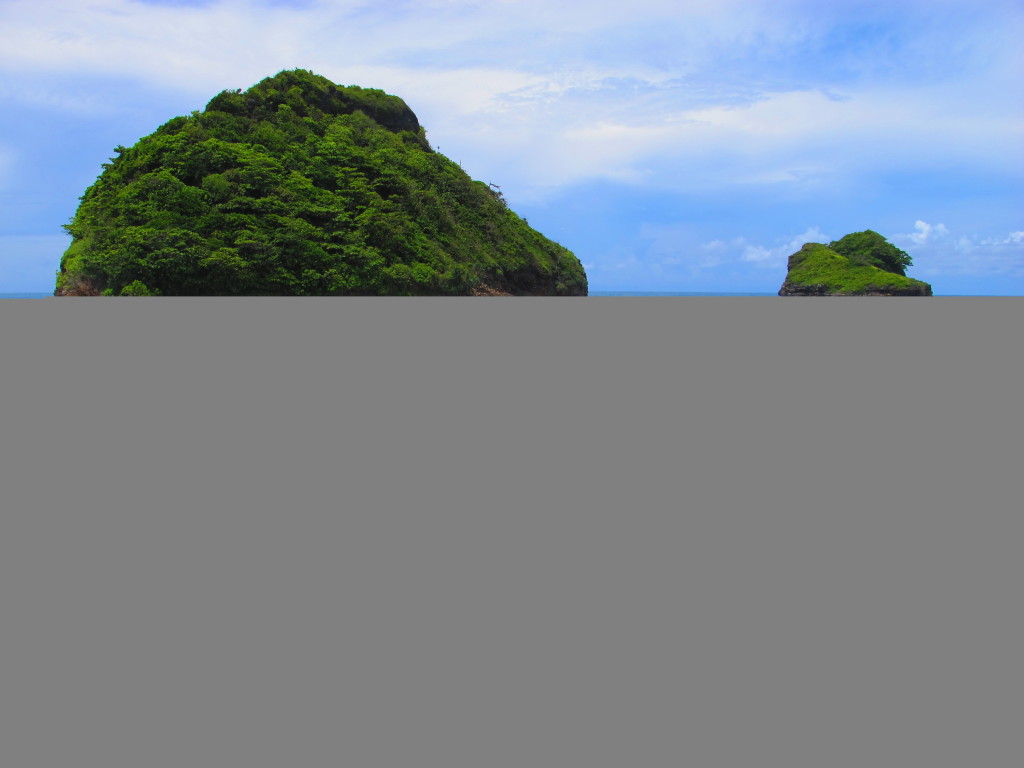 I’m here to learn the language, take in the beautiful landscapes when not in school, and freaking CHILL! I mean seriously, when will I be able to say I’m a student on a full ride scholarship ever again? Especially when I’m almost 28 😛