Ahlan wa sahlan! It is Cultural Tidbits Monday and today we Travel through Egyptian food! As you already know, on this mini series, I’ll be featuring some of my favorite ethnic foods and restaurants through educational (and quite yummy) photo essays. Let’s get started! As I lived in the Arab world for almost 16 months, I will admit that the Egyptian food selections of today’s photo essay are pretty biased (read: My favorite dishes). However, that does not make each dish any less of an Egyptian food right? That being said, I did my best to pick some of the most distinctive dishes among my favorites. Enjoy!

Had to start with the taameya: The Egyptian falafel. Mashed beans made into balls, then deep fried. Middle Eastern goodness that most of us have tried at least once. The Egyptian taameya, however, is a different kind and has a quite distinctive flavor and deep pistachio-green color: Different from any other falafel I had tried elsewhere. They use different kinds of beans in different Arab countries, thus the different falafel varieties. Certainly, one could travel all over the Middle East simply trying to find the perfect ball of falafel. A mission I might attempt to accomplish soon… 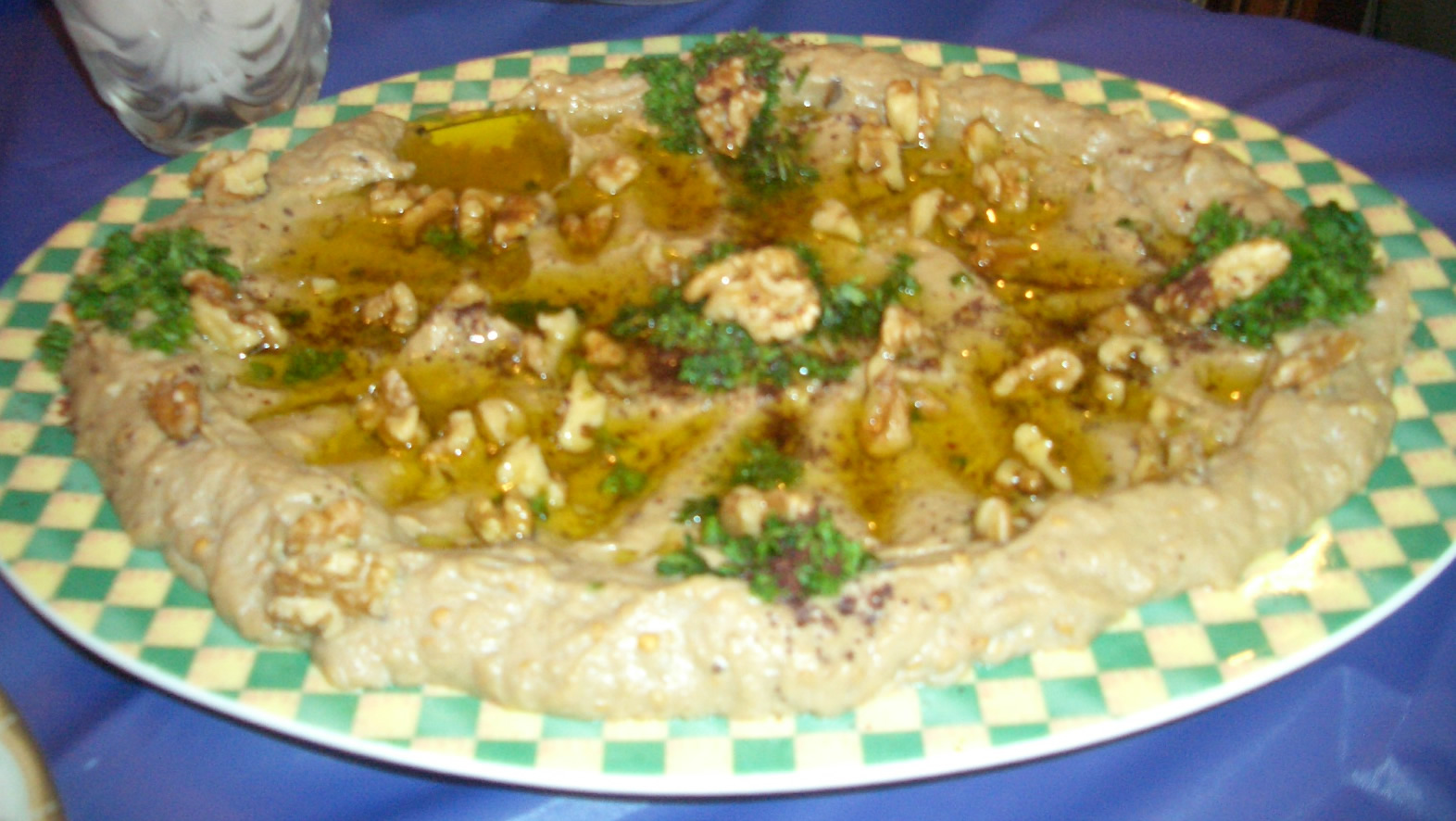 I will never forget the baba ghanoush I had on a daily basis in Cairo, particularly the one at my favorite restaurant in Dokki, called Taza. Walking distance from my house, it was part of my evening walk back from Arabic classes at AUC. Its garlicky, even smoky kind of flavor is what made Taza’s baba ghanoush the best in town. I tried many others and none can compare, so make sure you head to 146 al Tahrir Street if you go through Cairo, Egypt and sample this Arab delicacy. What is interesting is that this great review comes from a person who usually hateseggplants. So if you are like me, please don’t give your back to this dish: It is a must-try! 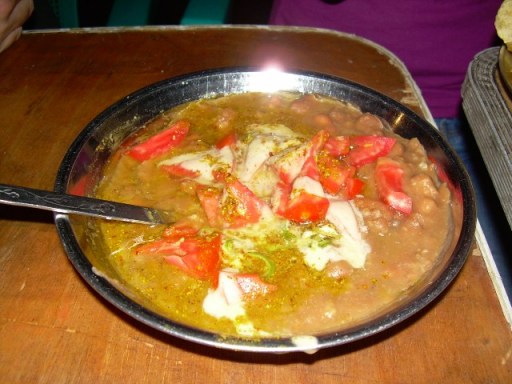 Ahh, fuul. This Egyptian food is so dynamic (is that the right adj? lol) that I would sometimes eat it 5 times a day without even thinking about it. I would had it with falafel and eggs in my morning pita pocket; for lunch with a couple of kofta pieces; a pita pocket filled with just fuul as a snack – the possibilities are endless. Basically, fuul is to Egyptian food what rice and beans are to Latin cuisine (now we’re talking, I know). My favorite concoction must be fuul alaskandereya(literally meaning “Alexandria fuul,” from the Egyptian city on the Mediterranean): Fuul spiced up with hot peppers . They were basically the Robin to my Batman when I lived in Egypt.

Another mouth-watering Egyptian food, kibbeh rounds up my Top 3 mezzes list. What I find the most curious about this dish is that it looks and tastes so similar to a Puerto Rican fast food, called the alcapurria. While the Boricua appetizer is made of either cassava or plantains, the shell of the kibbeh is made of cracked wheat. Also, the ground beef that fills them is spiced differently. However, when it comes to looks, the Puerto Rican alcapurria seems like an elongated kibbeh. Wow, this is truly torture…I want some now!

Doubling as appetizer/desert for a table or a meal for one, fiteer is another Egyptian food I often have dreams of at night. A hybrid between a crepe and a pizza pie, fiteer is made of several light, buttery sheets put together and then stuffed with all kinds of ingredients: From veggies to lamb, to cheese and chicken, even Nutella (chocolate spread) and nuts! It is absolutely delicious, could either be your app or desert, and you could eat it every day for a month and not get tired of it: Too many varieties to choose from!. Be careful when eating it hot from local restaurants and stands though: The nastiest case of Pharaoh tummy, aka food poisoning, while I lived in the Middle East was caused by some old cheese stuffed in my fiteer from well-known Egyptian rest. chain GAD. So smell your food and make sure the cheese looks melty and “right” prior to consumption!

Mix well — and never judge a book by its cover!

Oh my kushari. The quintessential Egyptian food, you can’t say you’ve been to Egypt if you haven’t eaten this dish. At first sight, it looks like a bunch of leftovers of macaroni, rice, lentils, fried onions and salsa dumped together. However, if you can get past the looks, your taste buds are in for a real treat. I love to add some extra garlic sauce and double the fried onions topping, in addition to a hint of the super-spicy Egyptian pepper sauce provided. Your kushari stand attendant always remembers how you like it if you are a regular like me, which is a plus (because, naturally, i would then get 3 times the fried onion topping. Aiiiiwa!). Best in town is debatable: Current competition is between Koshary Abou Tarek (16 Maarouf St., Champollion, Cairo) and Koshary El Tahrir (12, Youssef El Gendy St. ,Off of Bab El Louk St.). Naturally, reviews are quite mixed. I went to both and can’t pick a favorite, so I recommend you pay a visit to both restaurants and decide which is the best Cairene kushariyourself! 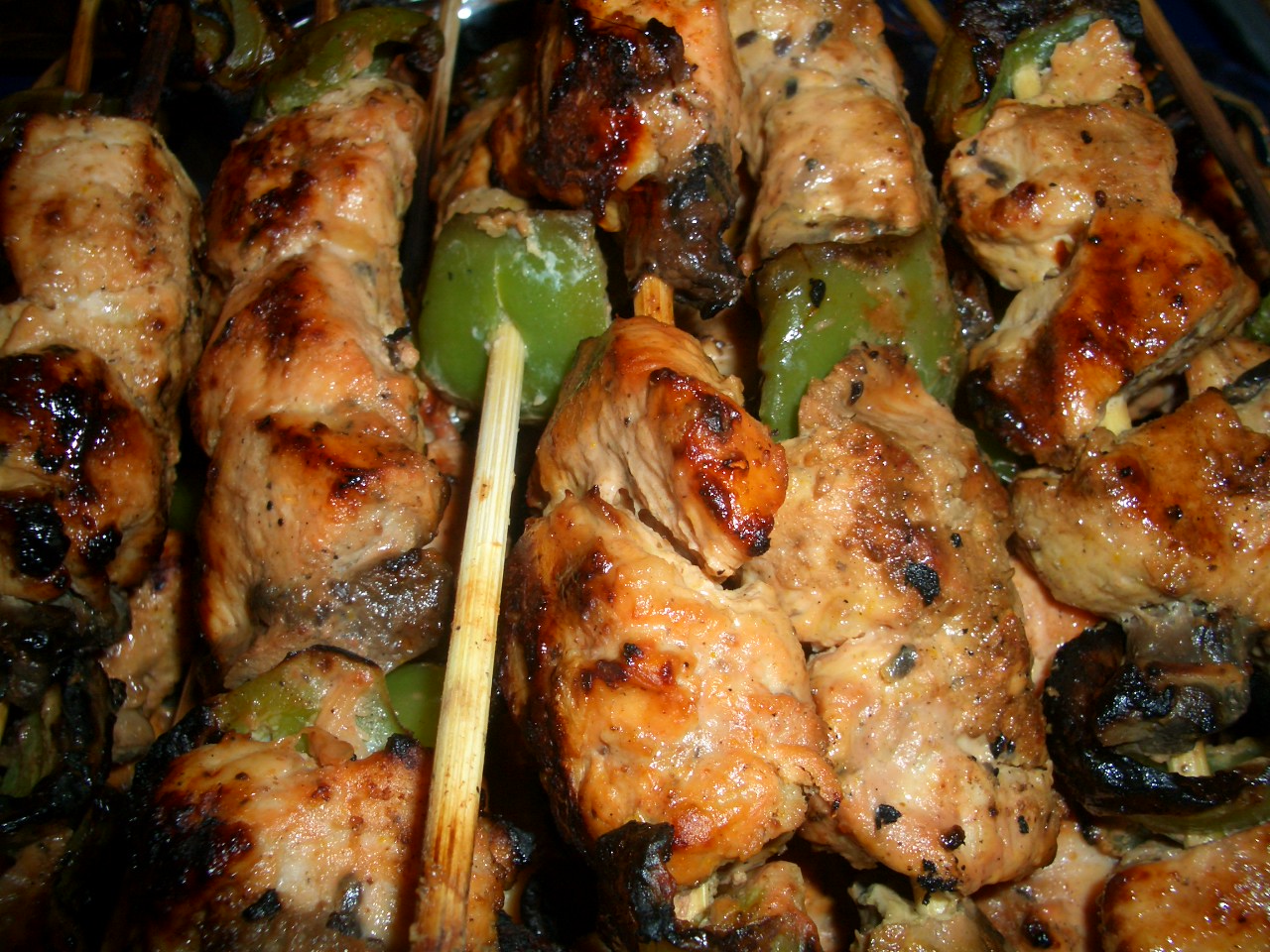 Typically known as simply “the grill,” my favorite plate of animal goodness includes some shish tawook/shish kebab and lamb kofta. I would typically buy this dish at least once a week at Taza rest., ask for a tower of pita and simply roll the bread around the meat, then dip it all in the big plastic container of baba ghanoushI would always get on the side. Egyptian food heaven: I dare you to try that.

Egyptian kofta: Lamb meat wrapped around a thick skewer, grilled, then skewer is taken out prior to serving (Photo: Food Stories, Flickr)

That shall be it for part five of the mini series, Traveling through food! Hope I piqued your interest (and appetite) for Egyptian food further and you venture out to try something new.

Sweet fiteer, topped with honey and cheese, for dessert: Anyone? (Photo: Bootsintheoven.com)

Have you ever had Egyptian food? What’s your favorite dish?