As I brainstormed for a topic to write about for this week’s Cultural Tidbits Monday, I stumbled upon an article about Sochi Russia weather and its “330 days of sunshine.” I was confused. Even more confused I was as I kept on reading, learning that Sochi is also known as a city of 3 seasons. No winter? But… isn’t it RUSSIA?! That’s when I knew I had to write about it.

So today’s article won’t be so much about culture, but more so about geography. Either way, we will learn why Sochi Russia weather is quite pleasant most of the year–even as this Black Sea resort town will be the host of the 2014 Winter Olympics.

Located in western Russia, just north of the disputed territory Abkhazia, Sochi is one of the longest cities in the world (source). It spreads out 147 km along the Black Sea and its unique subtropical climate makes it one of the warmest cities in its latitude. To put it in perspective: Sochi’s latitude is comparable to Boston, Massachusetts in the US.

Sochi Russia weather is quite ideal for most vacationers in the region. Water temperatures average 76° F (24.4° C) between June and October, while air temperatures range between 79° and 81° F (26° – 27° C). Conversely, between January and April, temperatures average 52° F (11° C) during the day and 39° F (4° C) at night. To a Puerto Rican like me, those are some chilling numbers. However, to an European or fellow Russian, that’s “mild winter” weather at best.

But why IS this, though?! Sochi’s weather is mild year-round because it borders a warmer inland sea (vs a cold ocean), plus it’s very close to Turkey and the Middle East, which are warmer even in winter. Moreover, the surrounding mountains shelter the city from the freezing wind chills and temperatures of northern neighbors, making it the perfect seaside resort.

Sochi and the Winter Olympics

Now, how could Sochi’s humid subtropical climate allow it to clinch the XXII Olympic Winter Games host “title”? The Greater Caucasus Mountains Range is in its vicinity. Average temperatures in the mountains fluctuate between 35° – 32° F (2° – 0° C) in January and April–and we know we can get way lower than that once you go to a peak. Ah, voilá! 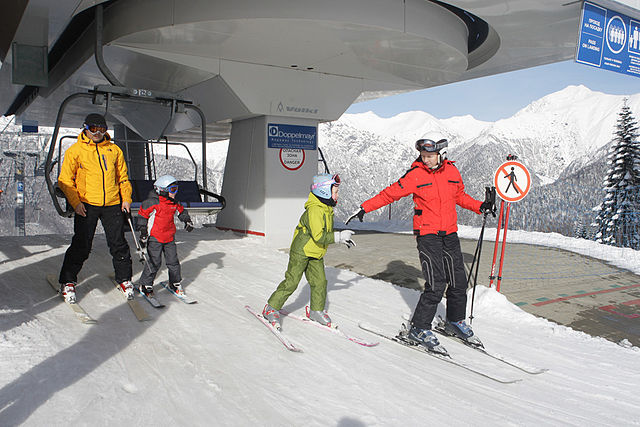 Now that I know more about the pleasant Sochi Russia weather and its beautiful coastline, I’ll definitely add the resort town to my travel bucket list. What about you?

Have you been to Sochi, Russia? Would you plan a beach getaway there?